1. Because Saint Malo is a city with a badass history! 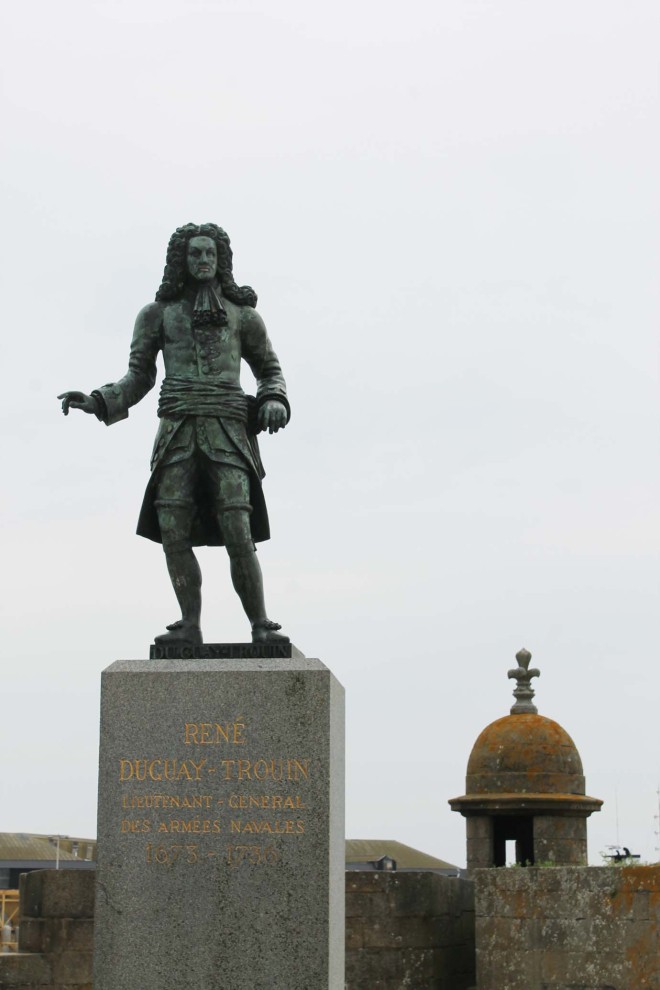 Saint-Malo traces its origins to a monastic settlement founded early in the sixth century.

From then on, the city had a tradition of asserting its autonomy in dealings with the French authorities and even with the local Breton authorities.

Later on, St Malo mariners were the first Frenchmen to Canada, the Indies and round Cape Horn to the Pacific seaboard. Worldwide trade brought extravagant prosperity to the city. 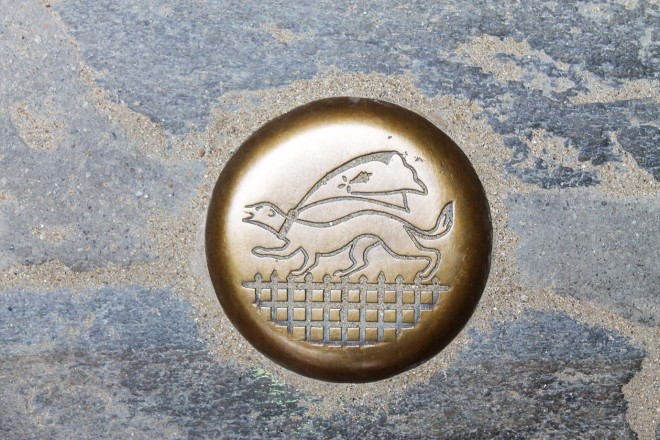 The thing is that you can read the story in modern day Saint Malo’s townscape and a tour of the ‘cité corsaire’ is the perfect way to discover it all.

Emeraude Guides offers some brilliant tours of the city, both in English and French, as well as a variety of excursions, which you can book through their website. Alternatively you can get an audio guide from St Malo Tourism Office for 12€.

2. Because there’s something magical about being surrounded by the sea.

Being built on a rock reclaimed from the sea, water pretty much circles the whole of Saint Malo. 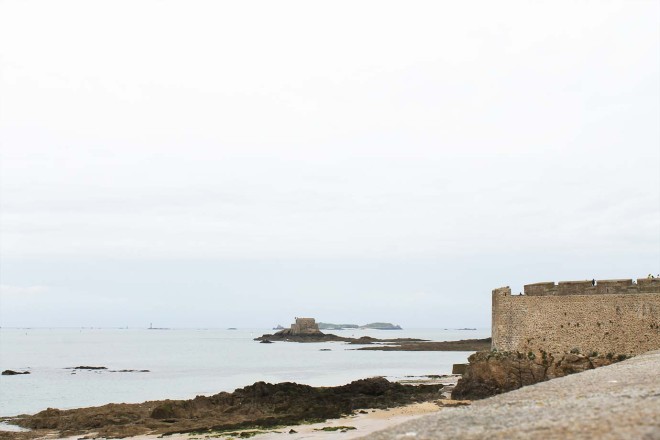 Which make for rather high maintenance (those walls are here for a reason!) but also for breathtaking views of the sea from… well, pretty much anywhere, really! 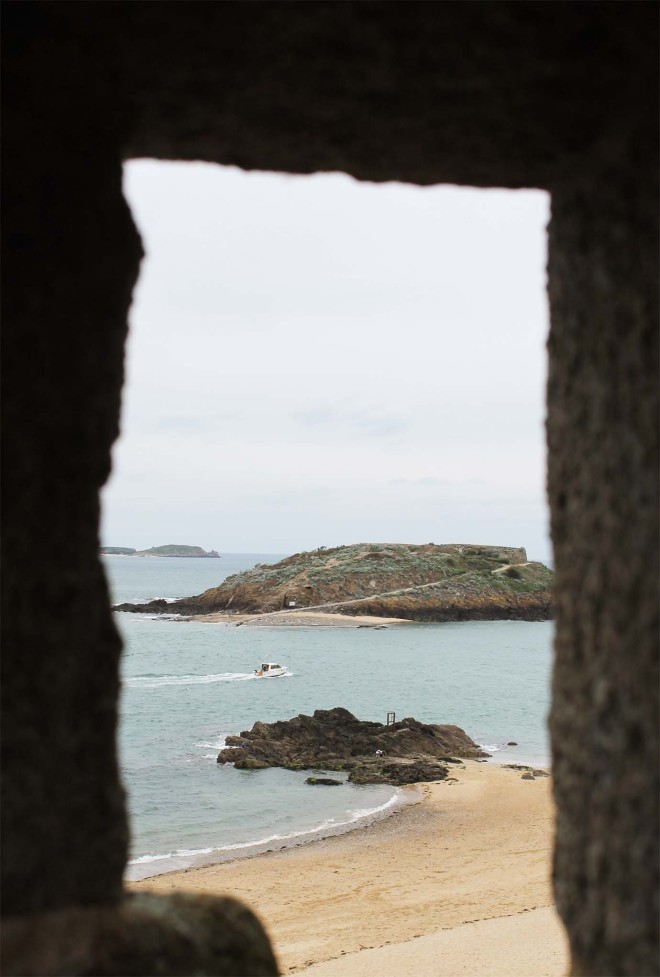 From the top of the bulwarks to almost every hotel room in town, the sea is everywhere in Saint Malo! 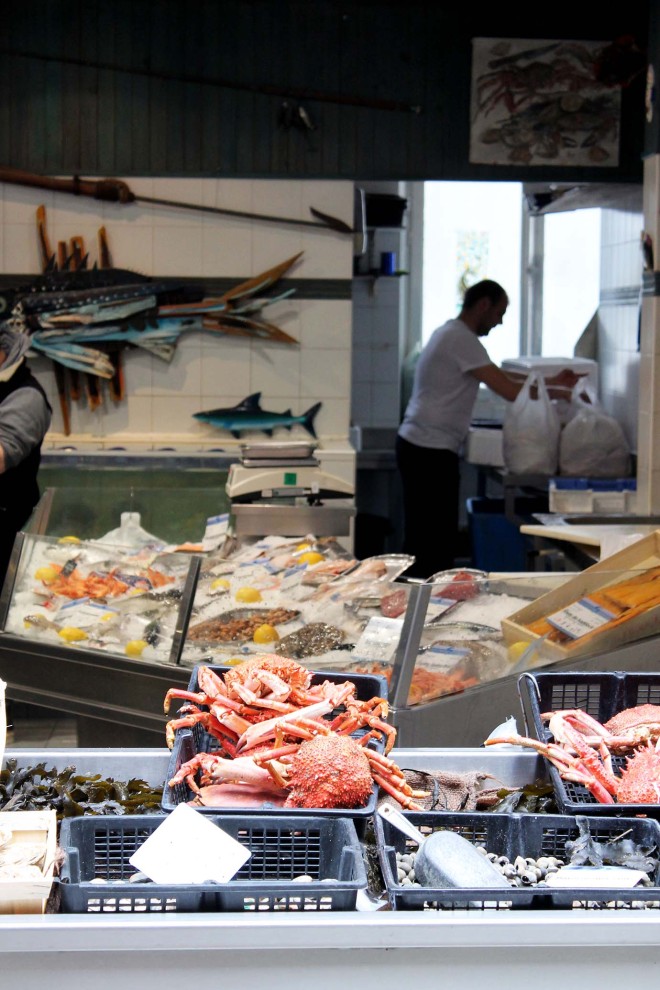 Including on the menu of many restaurants!

(PS. Did you catch my previous post, all about Malouin Michelin-starred chef Luc Morbihan’s top tips to cook lobster?)

3. Because Saint Malo is home to one of France’s most beautiful beaches. 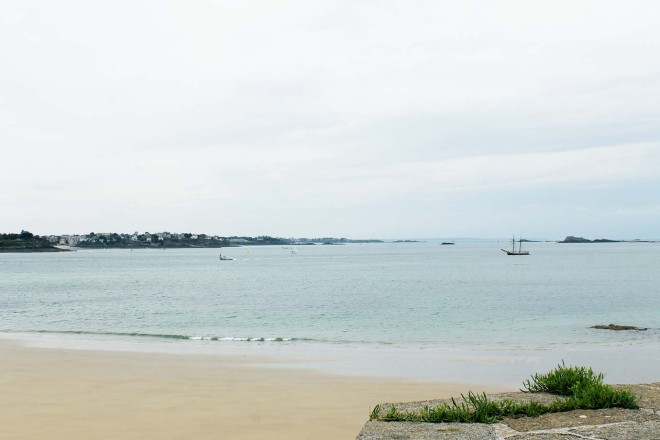 Brittany is the region with the  longest continuous coastlines in France and each stretch is more beautiful than the next.

Transparent, blue-green water (hence the ‘Emerald Coast’ nickname) and golden sand as far as the eye can see, Saint Malo truly is a little piece of beach-goer paradise!

4. Because the city is an absolute architectural dream.

Looking at the stone buildings and the pastel blue facades, one can hardly imagine that the historic walled city of Saint-Malo was almost totally destroyed by American shelling and bombing as well as British naval gunfire.

The city was carefully re-built according to original building designs from 1948 to 1960 and has since re-gained its original beauty. 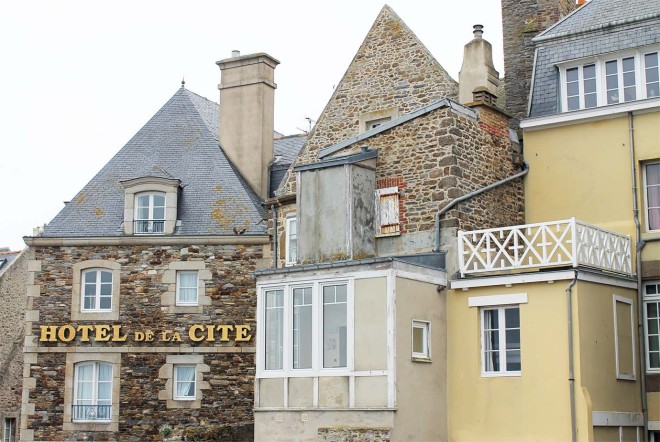 5. Because people who like butter are always the best people.

And god knows Malouins do! 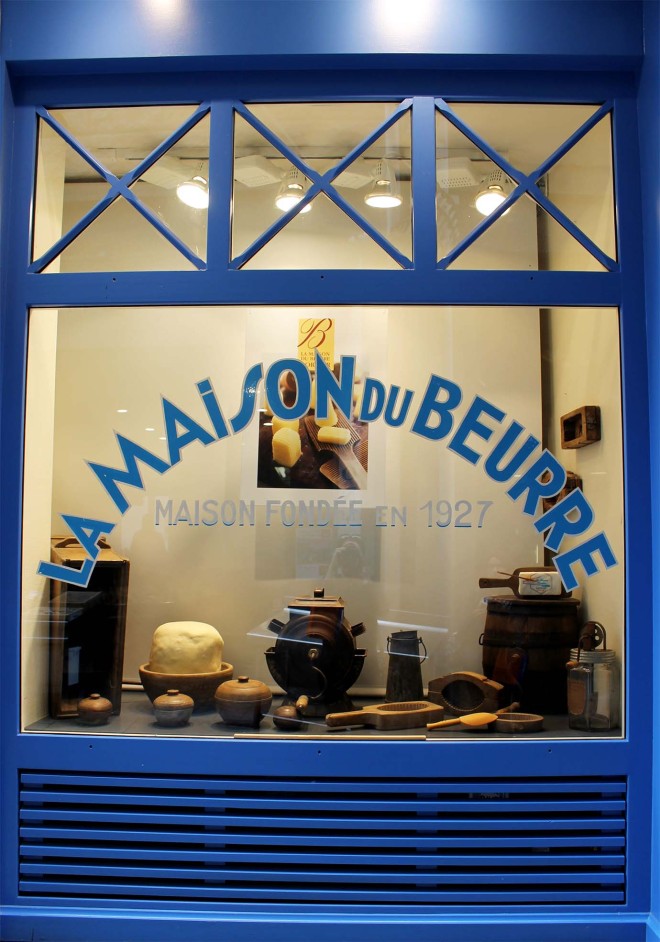 From the Bordier ‘Butter House‘ (yes! a store/museum focusing on all things butter!!), to many a food speciality and about a billion different kinds of butter biscuits, butter is EVERYWHERE in Saint Malo!

And there’s absolutely NOTHING wrong with that.

Oh, and the ‘Butter House‘ also happen to have the prettiest floor…

6. Because you haven’t truly lived until you tried Kouign Amann.

A butter-enriched, caramel crusted croissant and one of the very best pastries France has ever created (and I don’t say that lightly).

Forget about learning how to say it (‘coo-nee-ha-man’ in case you were wondering), just get your hands on one ASAP.

7. Because buckwheat is totally underrated!

Buckwheat is a plant cultivated for its grain-like seeds, and one of the healthiest food there is. 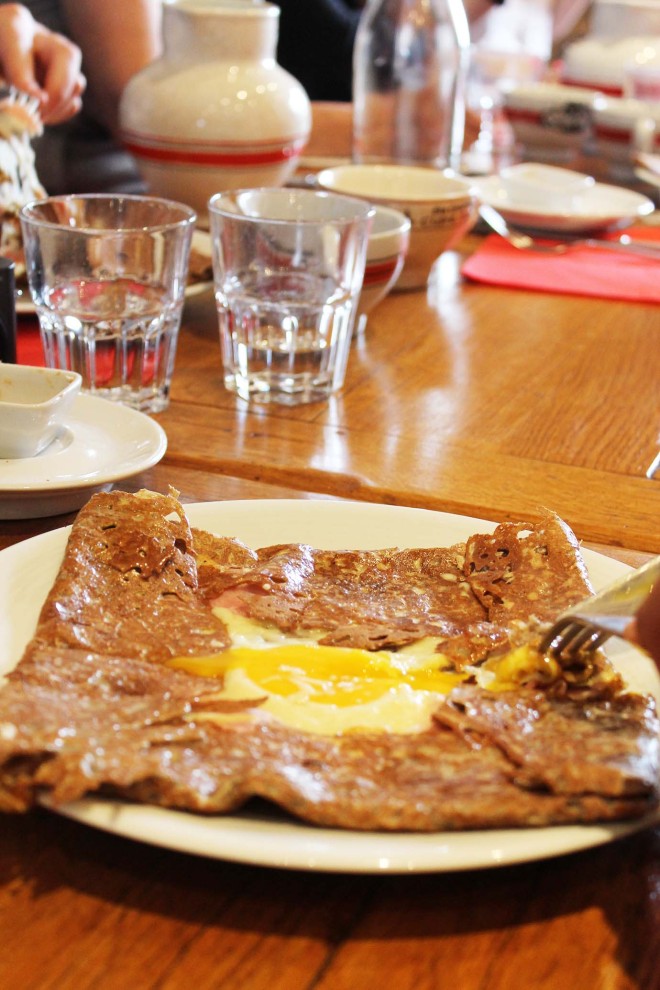 More importantly, it is the key ingredient to galettes, the traditional Brittany savoury pancakes. 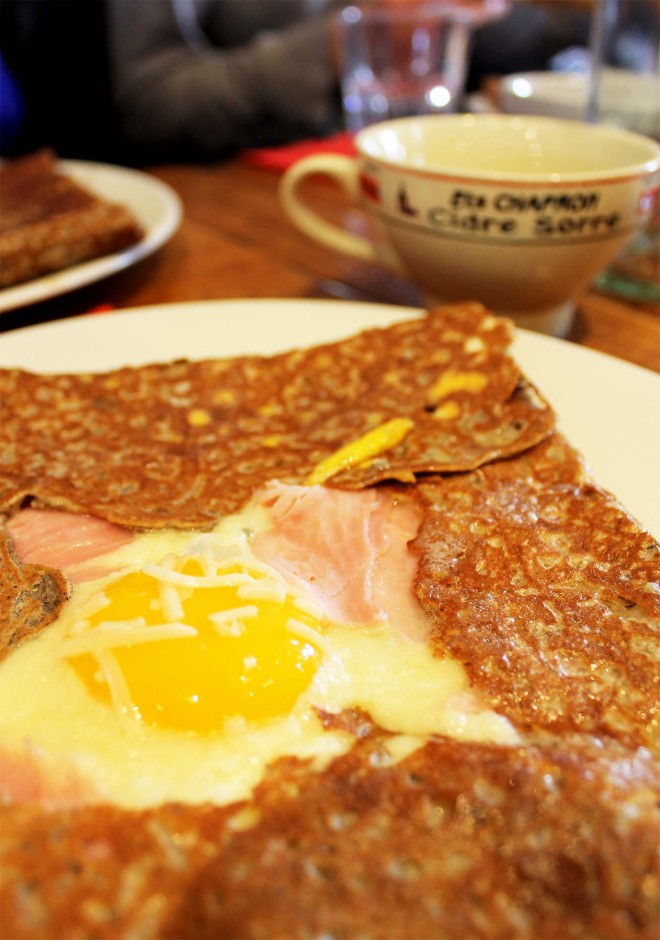 Ask for the ‘complete’ (with ham, cheese and egg) or have it with smoked salmon (my personal favourite) and a nice cup of cider.

As they say,  one galette a day keeps the doctor away!

Just stating the obvious there.

Onto crêpes, ice cream, baked into cakes and biscuits or even by the spoonful, there’s no wrong way to eat salted caramel, so make sure you make the best of the opportunity!

(Plus you’ll be supporting the local economy, so double brownie points for you!)

9. Because it’s small enough not to get lost but be enough so you won’t get bored. 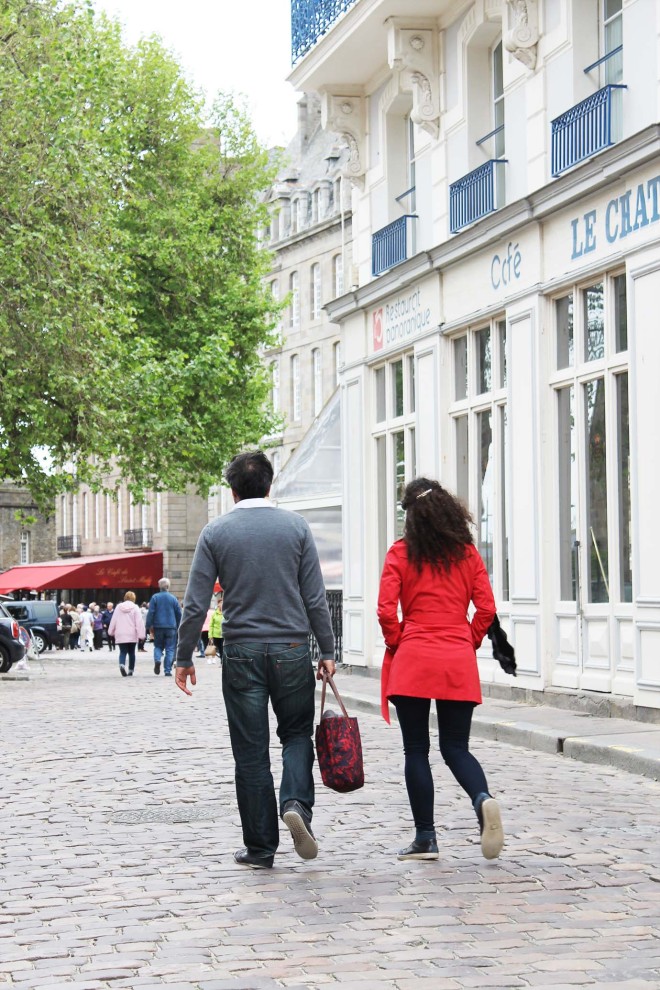 From being a total beach bum, to touring Saint Malo’s many restaurants, bars and foodie spots, seing the final resting place of famous French writter Chateaubriand, going on excursion to nearby islands, learning about the city’s rich history and trying out all sorts of sporty activities (surf, segway… you name it!), Saint Malo is the perfect destination no matter what sort of holiday you’re after!

10. Because it’ll only be the beginning of your love story with Brittany! 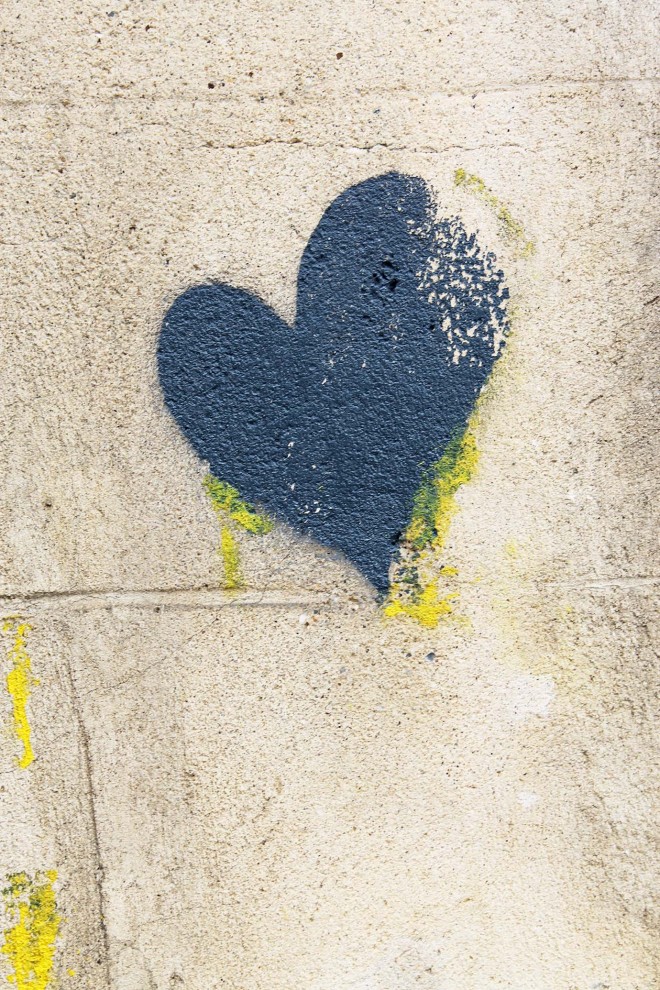 Saint Malo is well worth a spot on your Travel To Do List, even if it’s only for a long weekend. Just a few days there felt like a proper break and I can’t recommend it enough!

Thanks to its great links with British ports, and with plenty more to see in the area (including the Mont Saint-Michel, a Unesco World Heritage site), Saint Malo is also an excellent home port if you’re planning to stay in Brittany for a little while longer.

And it’s all so pretty (and delicious), how could I blame you?

Can’t wait to start planning your trip to Saint Malo? Visit Brittany Tourism’s website for all info, including practical information, accomodation and more ideas of what to see and do!

I rarely buy (or cook) seafood.

And more importantly, because I’m totally lacking the technique to be sure that my investment (both in terms of time and money) will be worth it.

But this all changed after our first morning in Saint Malo and a (cooking) life-changing lobster masterclass with Luc Morbihan, chef of Michelin-stared restaurant Le Saint Placide. 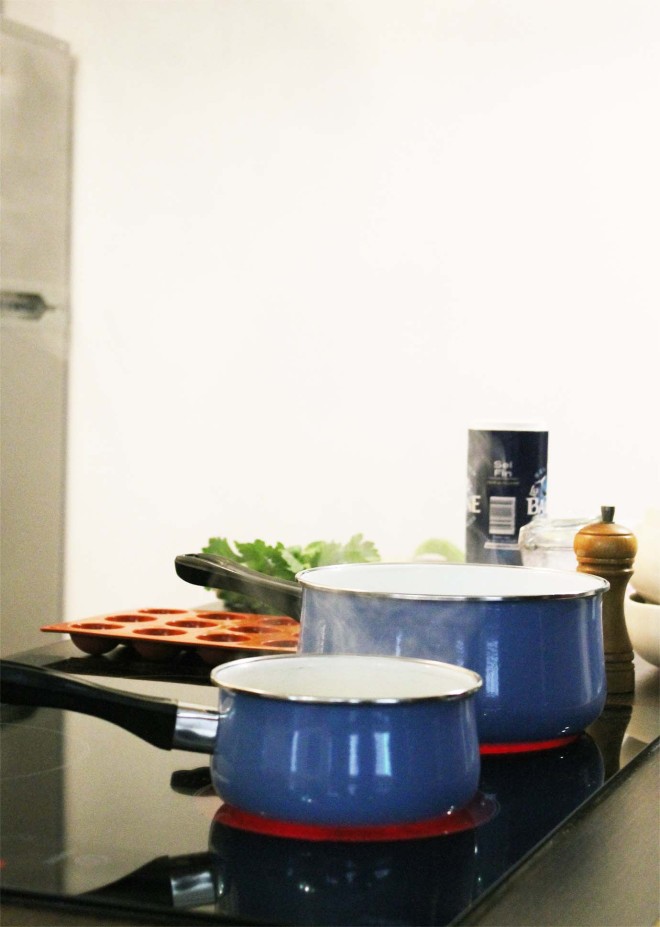 No time to lose: there was water to be boiled, lobster to be cook…

And of course, cake to be baked!

One of my very favourites as it happened: Almond friands (See my gluten-free recipe if you fancy making some!) 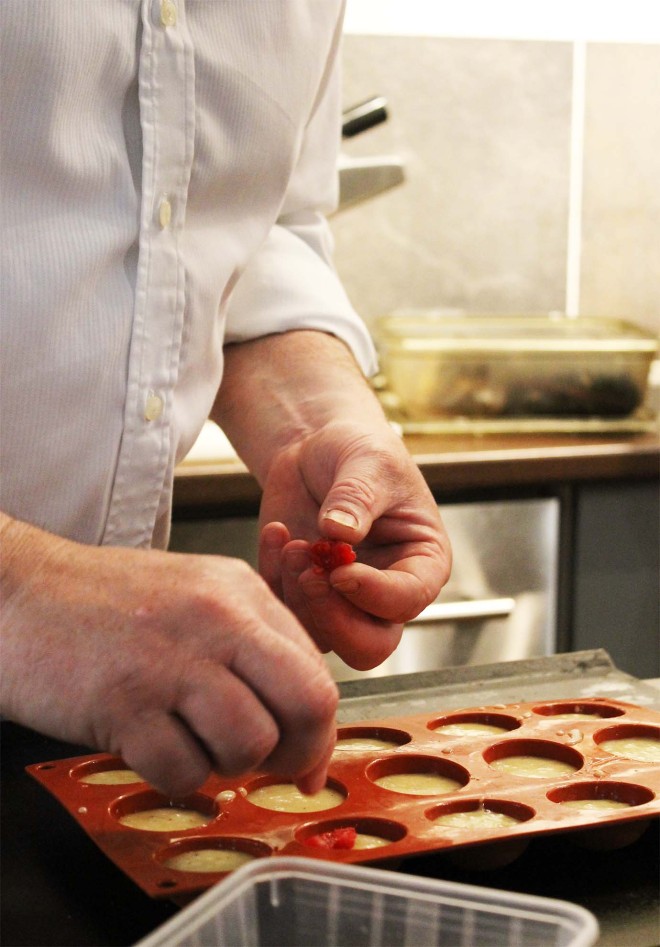 While the friands where baking, we moved onto the lobster.

Learning tips and tricks to pick the best of crustaceans… 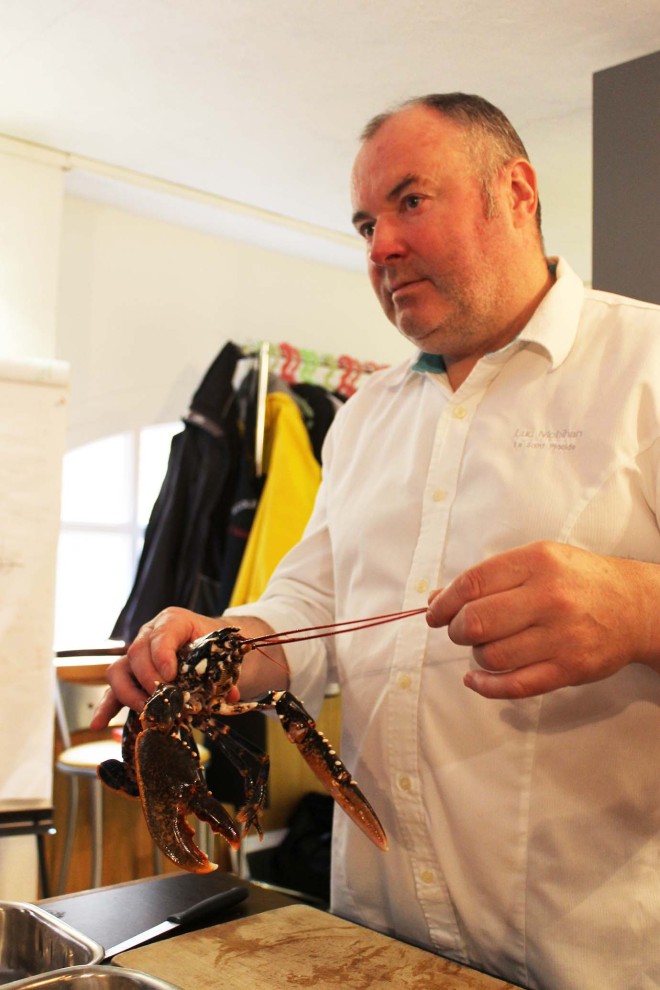 In short, a good lobster is a live lobster, with long antennas, strong claws and a head that’s well attached to the body (with no gap inbetween). 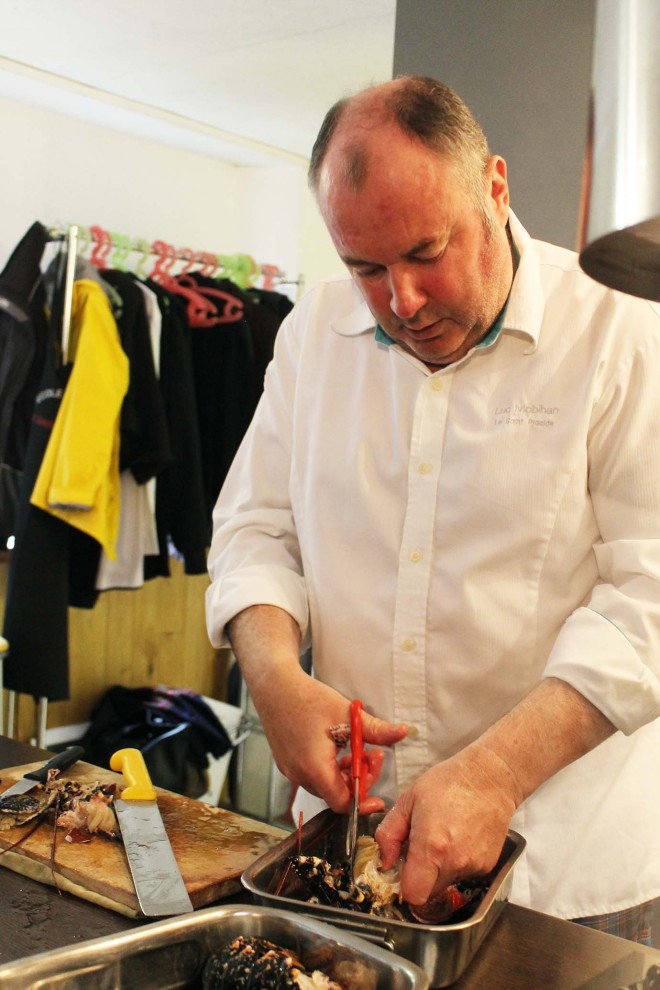 We prepped the lobster before learning how to cook the tail and claws, as well as make a lobster jus.

The tail must be cooked in just-boiling water for no more than 5 minutes, before being cooled down and de-shelled.

The sure-fire way to get beautiful, still slightly transluscent lobster tail every time!

There were also some gorgeous wild asparagus.

A real treat as the season is so short!

Quickly pan-fried with a bit of butter… 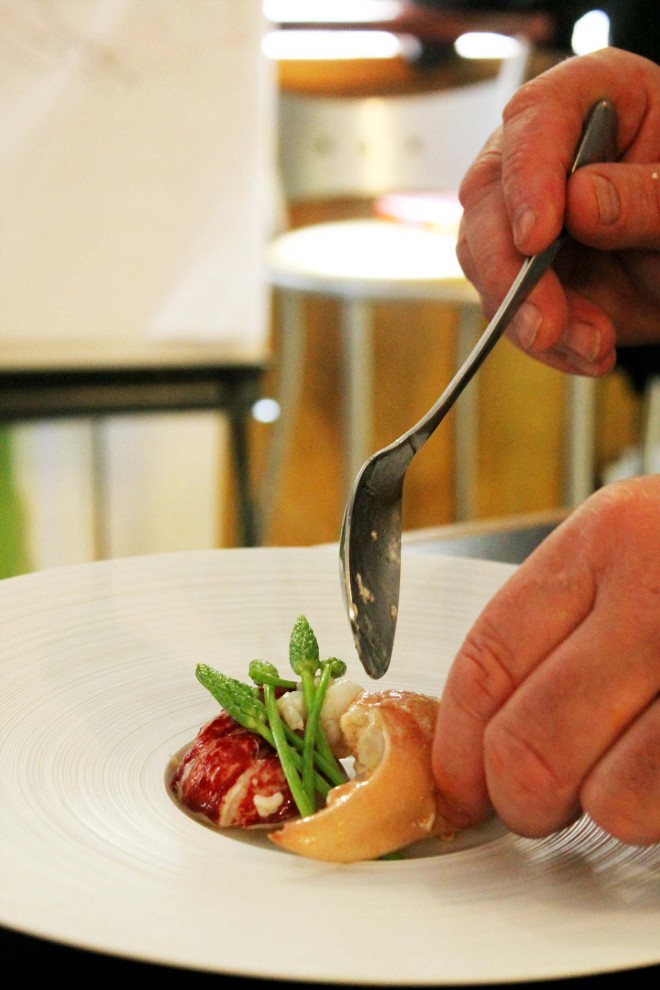 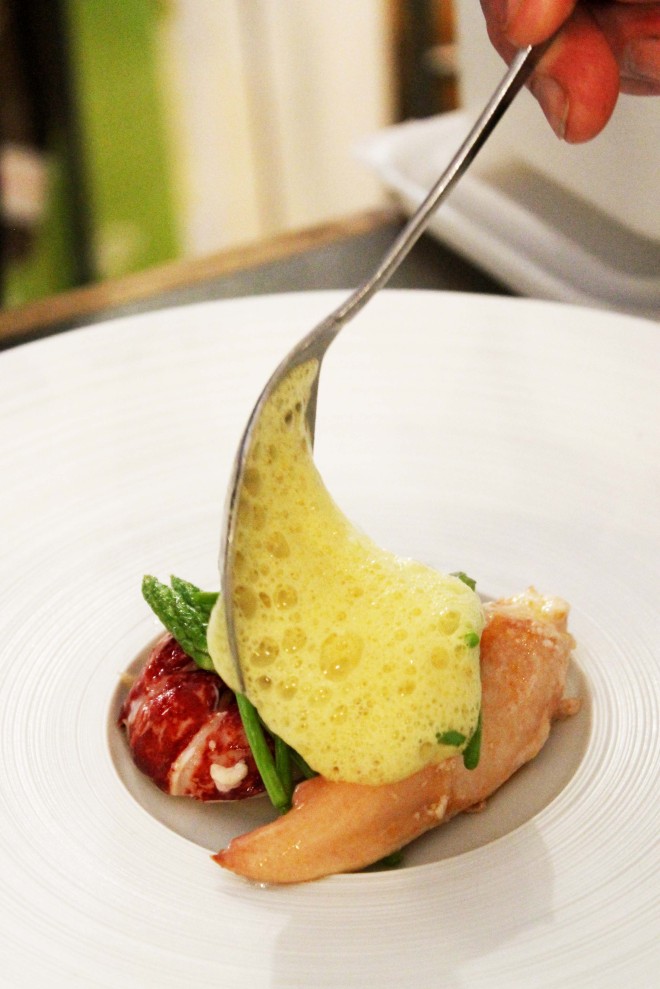 And topped with the lightest, most divine saffron emulsion known to mankind. 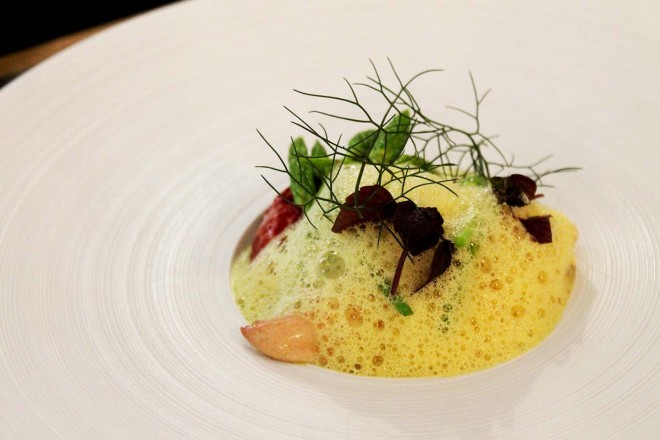 And a stellar example of Luc Morbihan’s cooking style: refined, yet simple, and absolutely divine.

So good in fact that I could hardly get myself to stop nibbling at it while we moved on to another recipe. 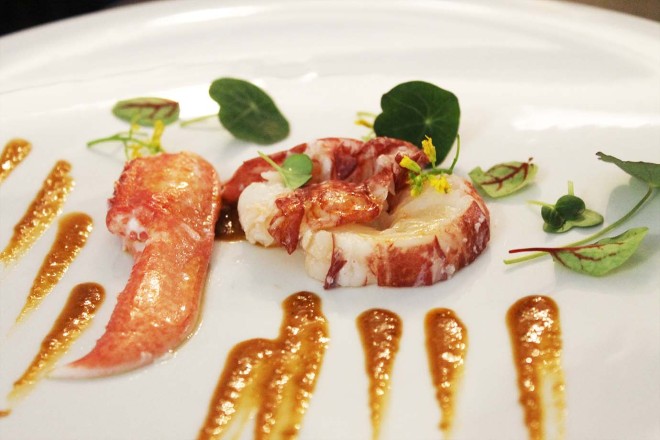 With lobster tail and claw, dressed with a reduced lobster bisque and a whole garden of micro-herbs (beetroot, nasturtium & brussel sprout flowers). 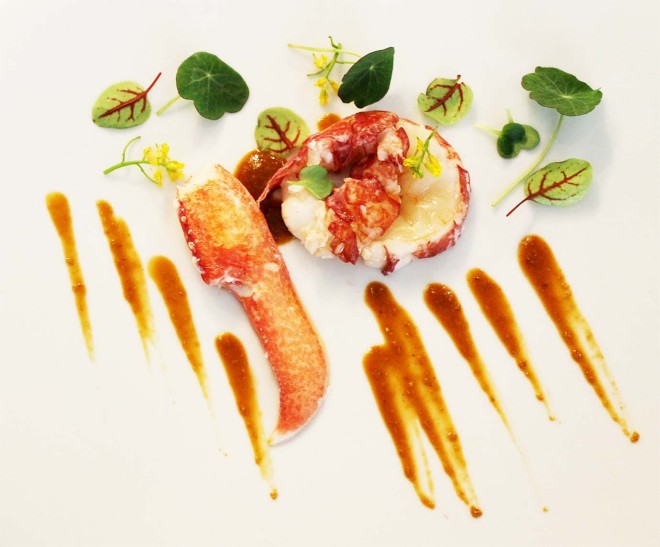 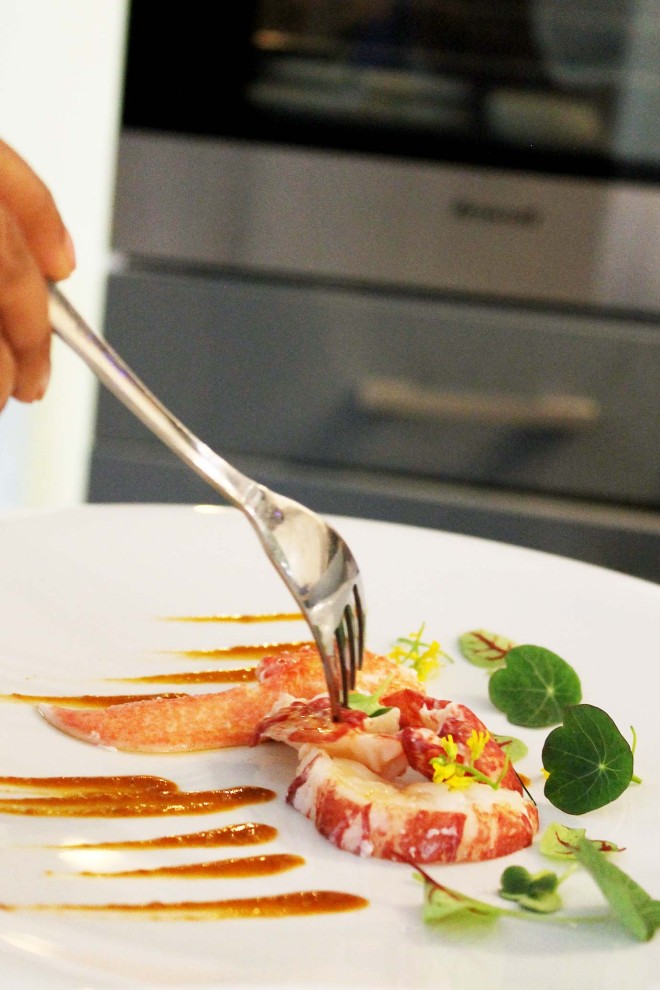 Delicious and pretty as a picture!

Last but not least, a more homely take on the mighty lobster (and possibly my favourite of the 3 dishes).

So good in fact that I would happily have a bowl of this for dinner every night for the rest of my life. 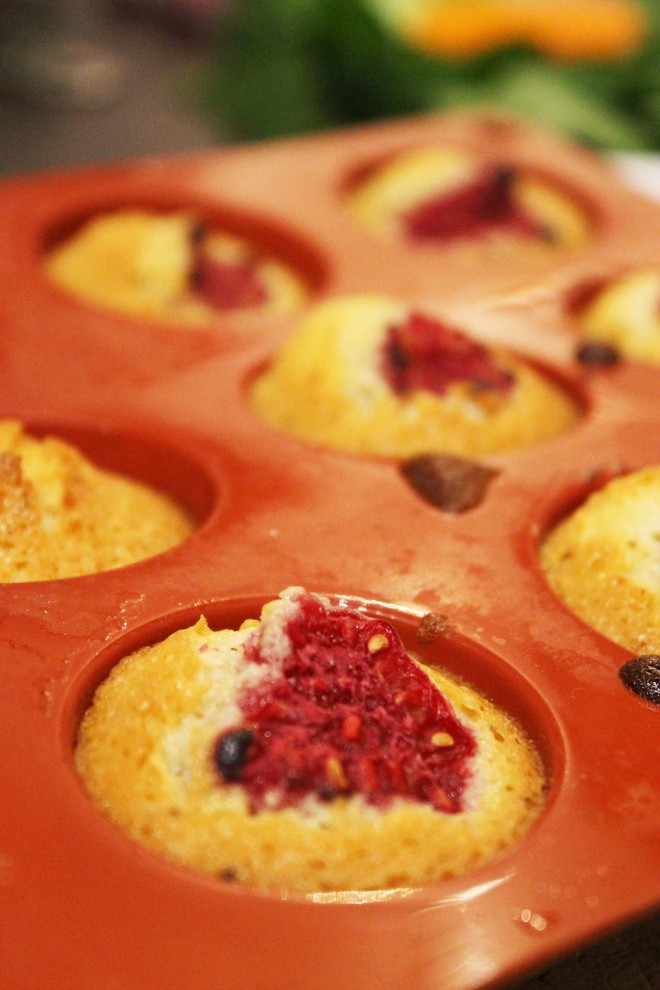 All topped off with golden almond friands!

And a browse in the all-things-wine-and-liquor Aladdin’s Cave that is The Cave de l’Abbaye, where the cooking lessons take place…

If you’re planning a trip to Saint Malo, make sure you book a session at Ecole du Gout de Saint Malo for a brilliant introduction to the best produce Brittany has to offer!

…or play it lazy and book a table at Luc Morbihan’s Michelin-stared restaurant, Le Saint Placide.

And whatever you do, make sure you pick up a few bottles of Breton cider at Cave de l’Abbaye!