My idea of the perfect autumn Sunday is the absolute Instagram cliché: brunch, golden autumn light, a bit of a walk and fresh blooms .

The BF has a more novel approach – preferably one that’d involve Netflix, chill and some sort of sandwich.

Yesterday, we both got our way.

We started things off at the ever bloomin’ lovely Columbia Road Flower Market, where we purchased several plants to complete our ever-growing flat jungle.

Then we headed off to Monty’s Deli for lunch.

The restaurant itself is very Jewish-deli meets London East-End.

There are walls stripped of their plaster covers to reveal the original tiles underneath, gorgeous black-and-white checked floors big booths for dinner with family & friends and a long bar that’s perfect for solo visits. 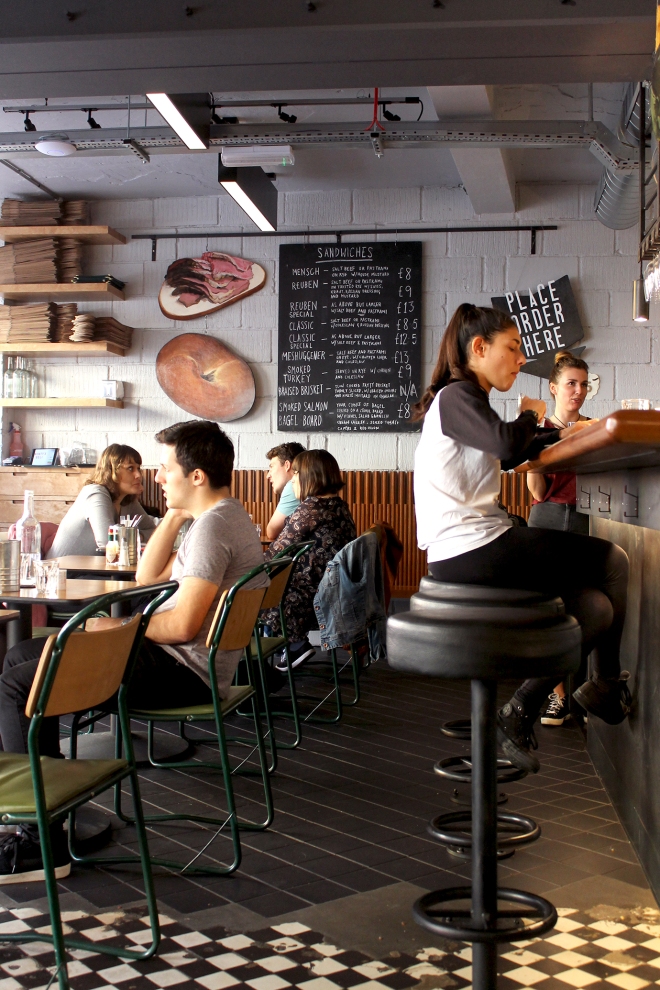 The second you pass the door, you’re greeted by the fantastically friendly team.

The comforting smell of salt beef and sauerkraut lingers in the air, attesting to Monty’s Deli dedication to all-things home-made.

One of the only places in Britain to make their own salt beef and pastrami, Monty’s Deli is proud to produce everything by hand.

They bake the bagels and the rye bread, they cure the meat, they even make the mustard!

And results for all those efforts clearly show. 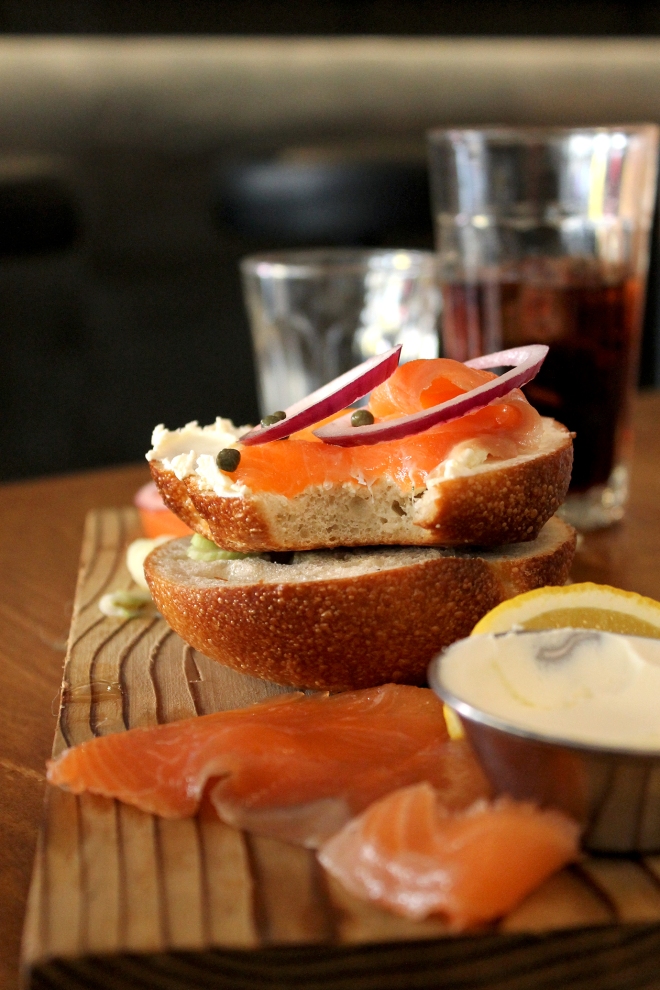 The smoked salmon bagel board is a lesson in the value of simple things done to perfection.

A dense, crusty, sesame-speckled bagel, served with just the right amount (e.i. too much) of cream cheese, salty smoked salmon and a few other bits on the side.

It’s the masterclass in simplicity. 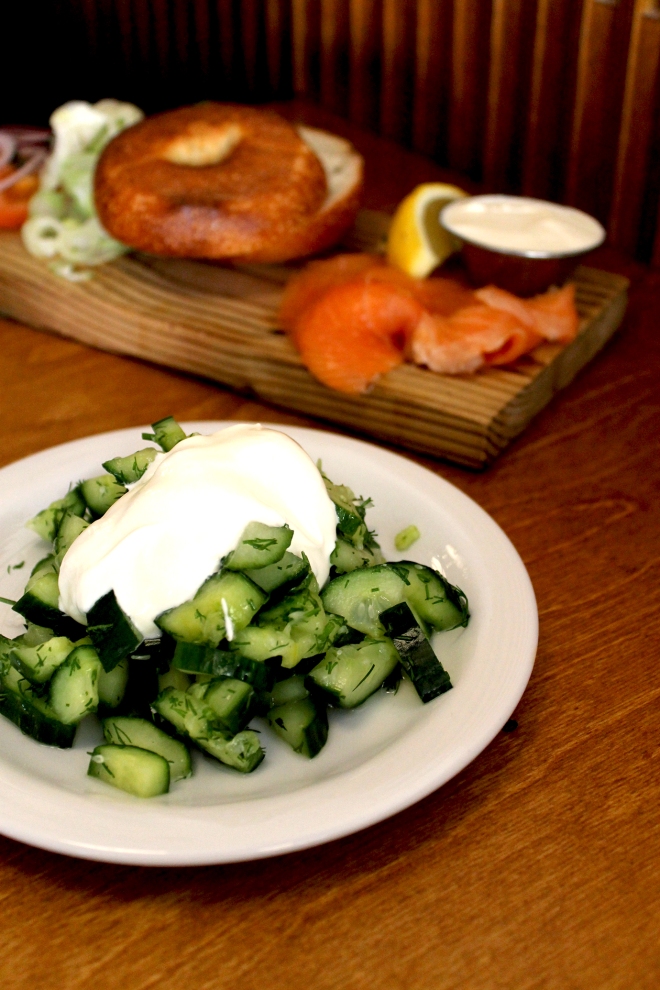 Especially when served with a serving of cooling, dill and sour cream-ladden cucumber salad on the side.

Even better yet – the pastrami Reuben.

Though it’s not quite as epic looking as Katz’s Deli‘s version, Monty’s take on the classic sandwich is positively Reuben-esque! 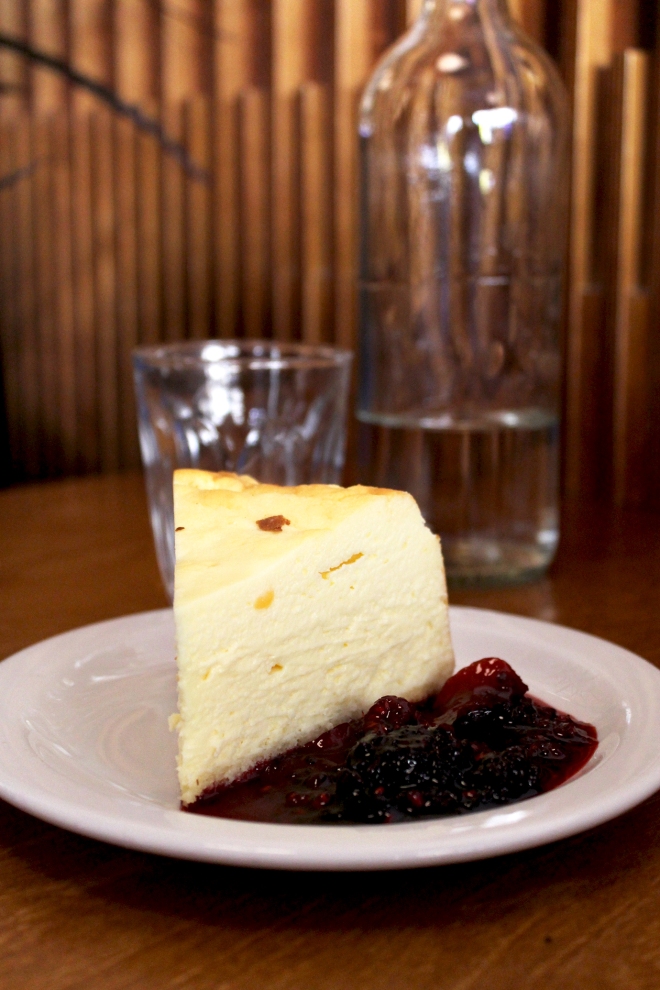 And then of course, there’s the cloud-like cheesecake… Not much of a looker but actually berry special!

Hospitable service, attention to detail and superb-in-its-simplicity food… Monty’s Deli is a brilliant example of what Jewish tradition is all about.

Not to mention that they take reservations and that yes, the sandwiches can be taken away too if you want to make the most of the last fo the autumn sun!