While most people spent the last weekend of October celebrating Halloween and relishing in exploring their (and London’s) dark side, we went the complete opposite way.

Celebrated in autumn, Diwali is the Hindu festival of lights. One of the major festivals of Hinduism, it represents the victory of light over darkness and good over evil. 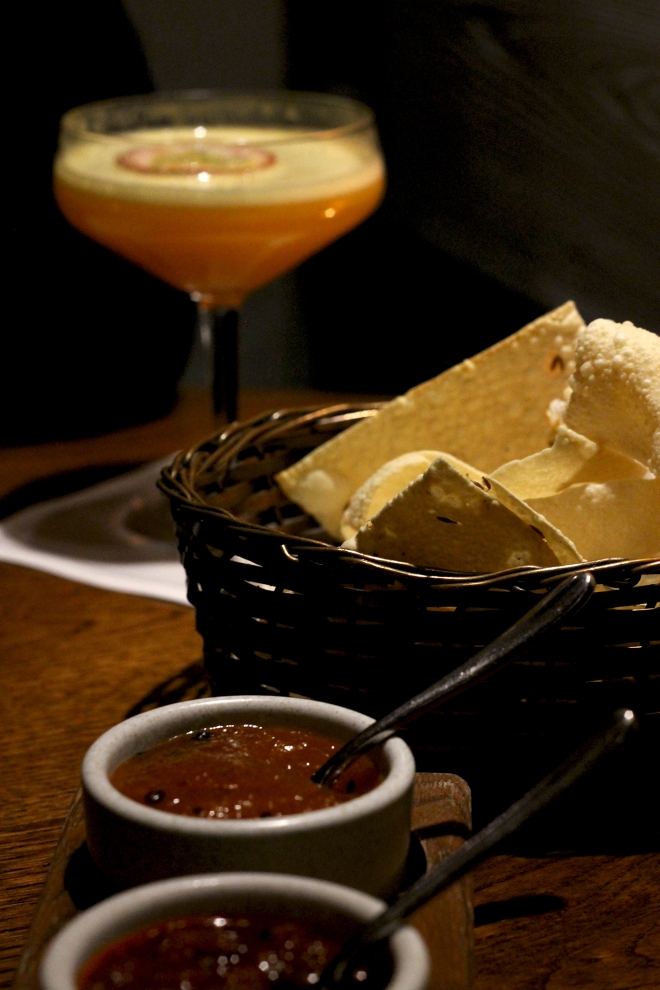 Celebrations include millions of lights shining on housetops, outside doors and windows, around temples and other buildings. And of course, it wouldn’t be a holiday worth its name without a worthy feast. 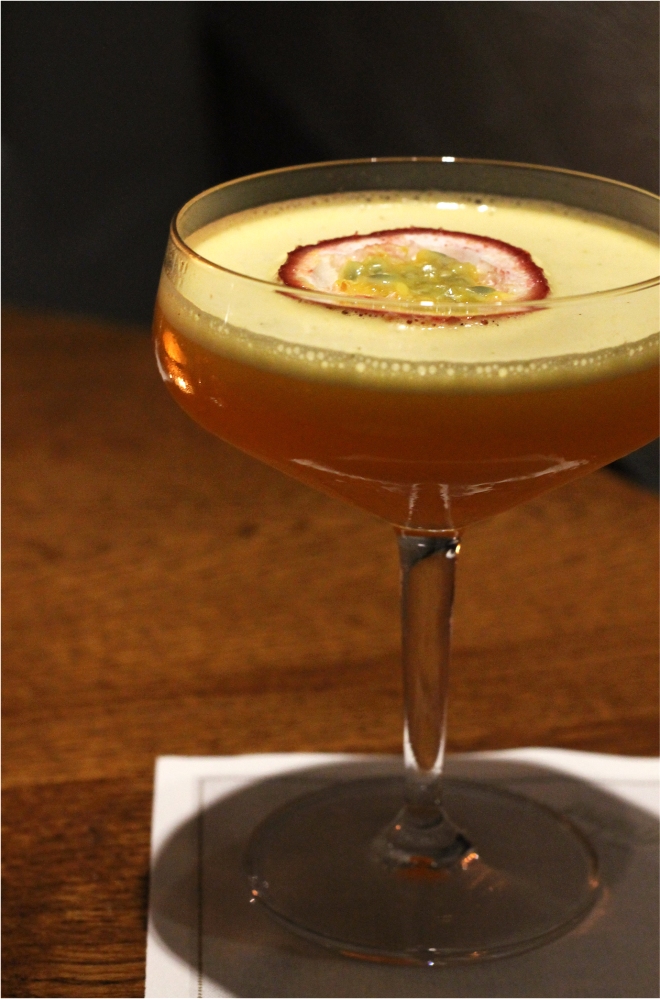 Which for us translated into a cocktail-fuelled late-night dinner at Michelin-starred Trishna.

The bar menu includes many exotic twists on classic cocktails, with the Quinine Sour (created by sister restaurant Gymkhana) the most creative of the lot.

Basically a cross between a G&T and a citrus-y sour, with surprising, deeply savoury notes of curry leaf, it’s an unusual choice but one I thouroughly recommend you try.

There’s a lot you can tell about a restaurant from the nibbles they bring you before you even order, and Trishna’s bread selection was a clear sign of the team’s attention to detail and deeply ingrained sense of hospitality. 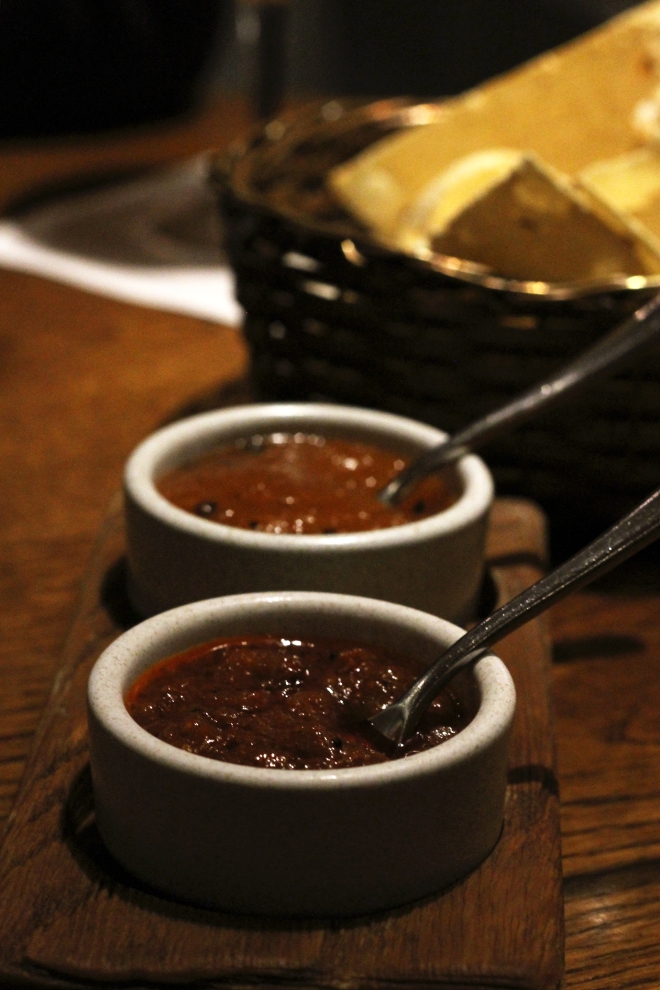 Coming with a side of the only mango chutney I’ve ever liked. Thick, slightly sour & subtly spiced, it was a wonder in its own right.

One of many more to come, to be honest.

Not one for the faint-hearted but delightful with just a little squeeze of lime juice!

But the real gem in Trishna’s starter crown is the Tandoori Lamb Chops. 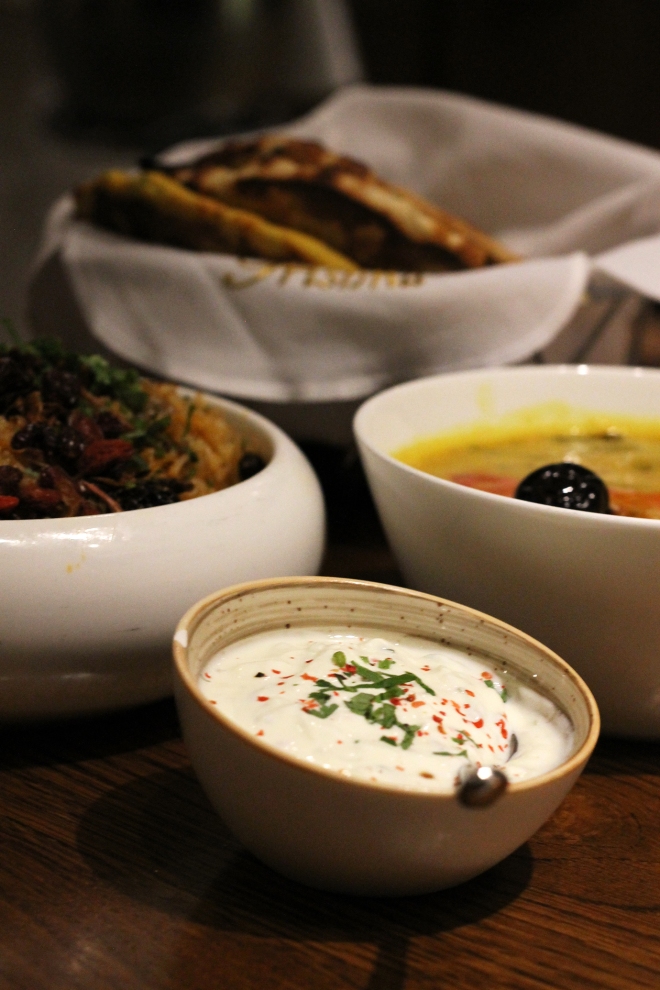 Mains are a very season-focused and a touch more traditional, with rather generous portion sizes (which means we totally over-ordered and I had Michelin-starred lunches for the rest of the week #winningatlife). 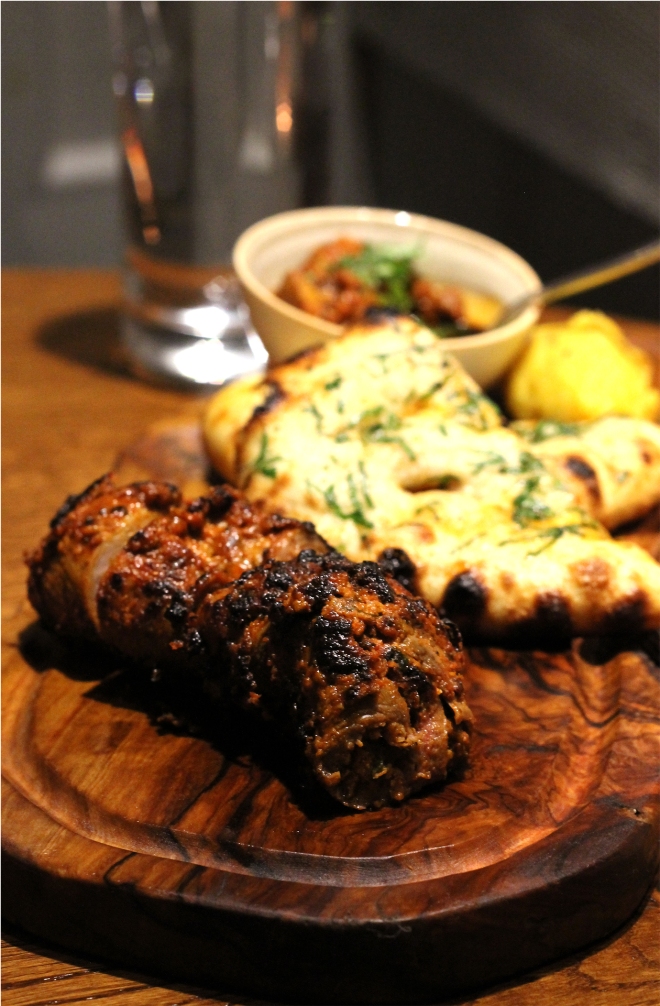 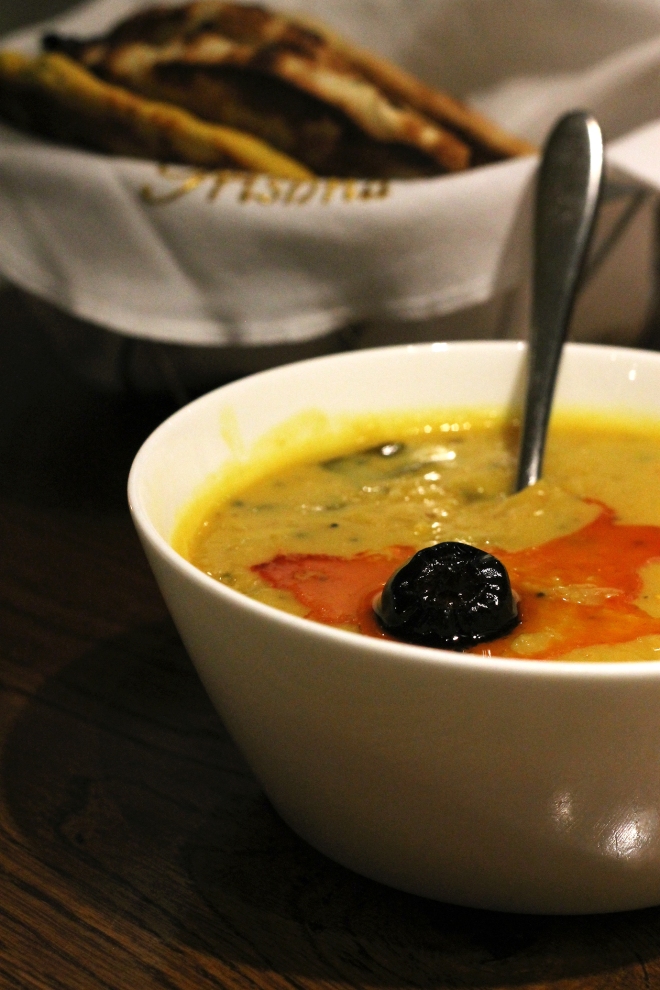 Very much the chilli on top and a good choice of side if, like us, you go for rather ‘dry’ dishes. 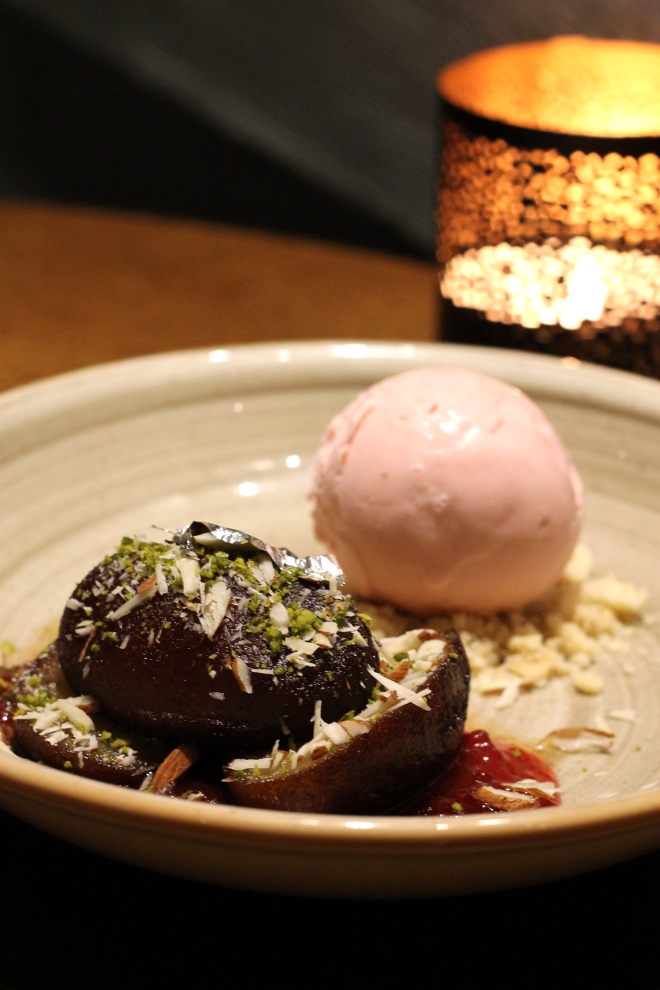 Even if you’re about to burst, try to squeeze in some pud’…

We went for the most traditional of them all, Kala Jamun, served with plum murabba, saffron and rose kulfi and it was the best I’ve ever had.

And make sure you have a taste of the petits fours… Because you’d definitely regret having naan!

5 thoughts on “Diwali at Trishna”