Last weekend, Londoners and visitors were invited to see the city in a new light with Lumiere London, the biggest-ever light festival to hit the capital.

Produced by Artichoke and supported by the Mayor of London, a host of international artists illuminated four of London’s most iconic areas: King’s Cross, Mayfair, Piccadilly and Westminster, creating opportunities to see iconic architecture transformed with 3D projections, interactive installations and other extraordinary light works.

There was so much to see we didn’t managed to cover it all, but what we did see was so gorgeous I couldn’t resist sharing a few pictures. 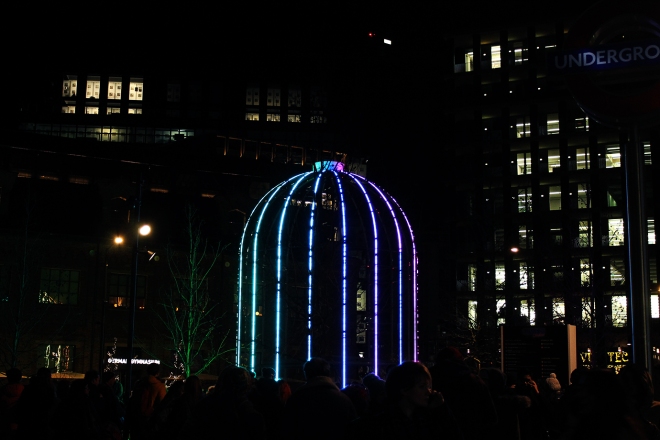 This giant, neon-lit birdcage has been a KX feature for a while, to the delight of art enthousiastic and kids-at-heart (there’s a swing in the cage’s centre!). 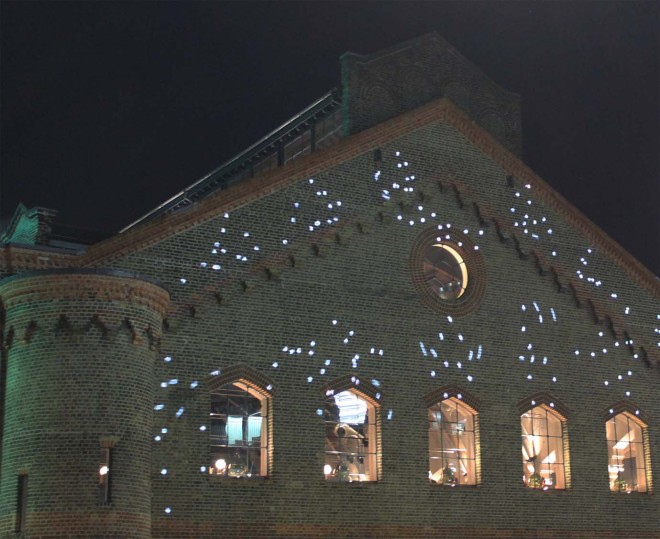 Joining the Dots by Cleary Connolly clever video installation inspired by the work of psychophysicist Gunnar Johansson on how the mind can perceive the human body.

Very much in tune with its environment, using the newly-opened German Gym as its backdrop! 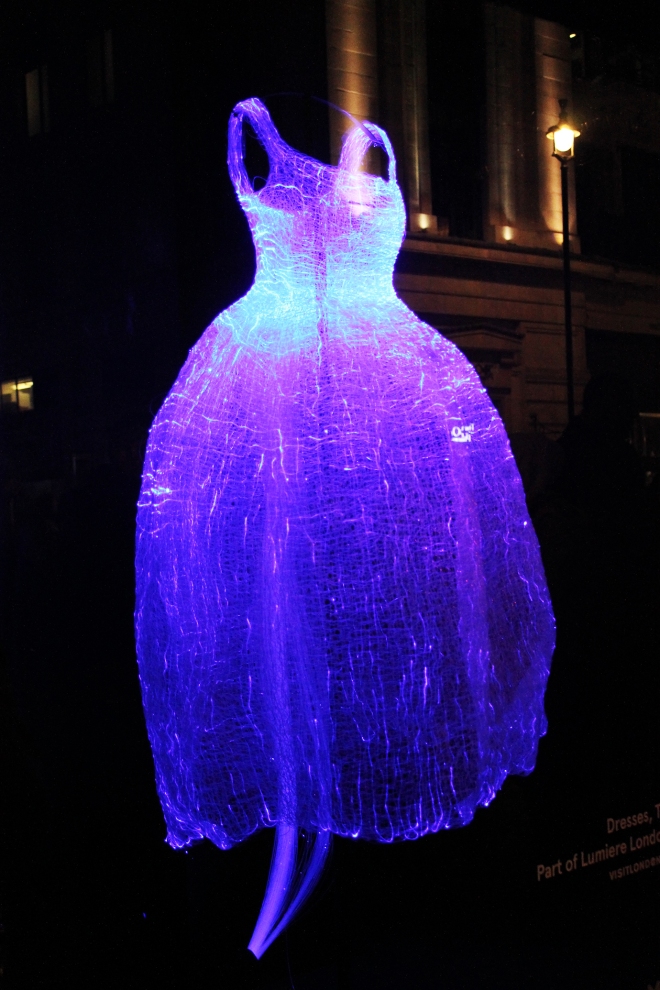 Beautiful, shimmering dresses frozen in London shop windows. One of my favourite pieces.

Circus of Life by Ocubo

Featuring acrobats, jugglers, dancers and performers, as well as the faces of some of the people who live, work, or play in King’s Cross.

Which, judging by the crowds, seemed to have made it a popular piece.

Or maybe we were just all there for the tea… 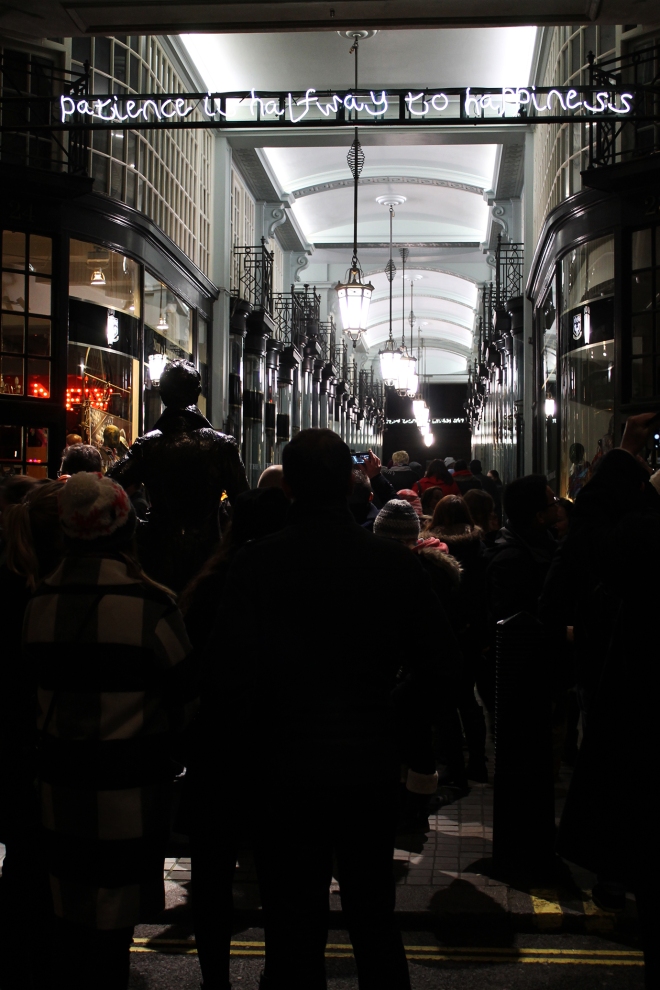 Bringing the wisdom of the past to the present.

A welcome bit of a modern clash with the very fancy Piccadilly Arcade (where change of heart over a Rollex or a diamond necklace happen far too often!) 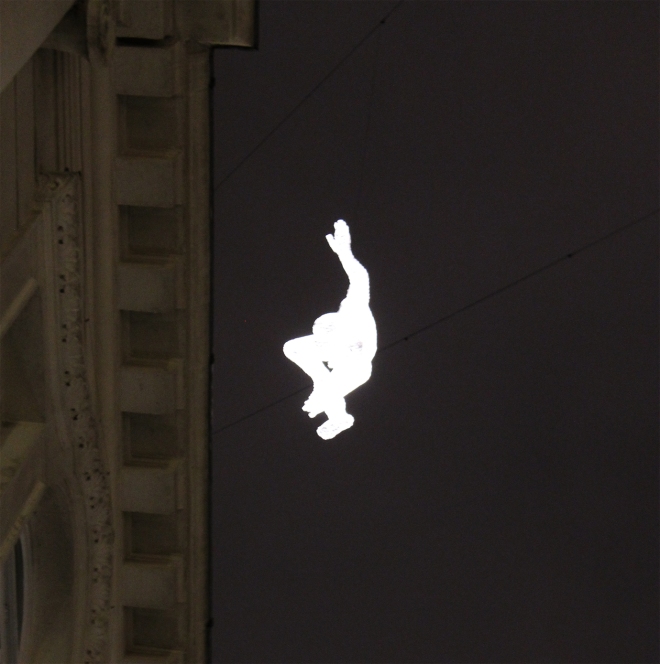 Sitting on rooftops, frozen mid-air in flight, they invite you to glance up and around, offering the possibility of connection between dream and reality.

From the home of the Royal Society of Watercolour Paintings to that of the prestigious BAFTA nowadays, the stunning building at 195 Piccadilly is a fascinating piece of London’s architectural history.

Even more so when arts manages to combine past and present and explore the different genres of cinema and television. 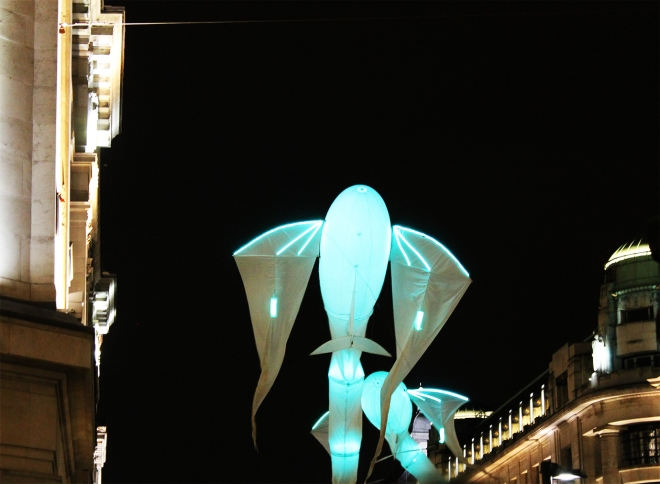 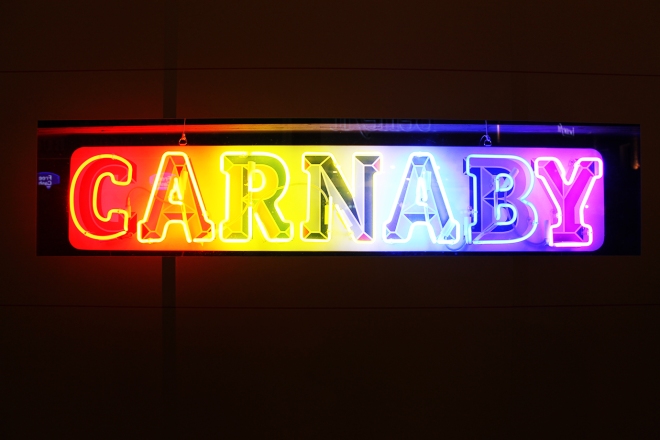 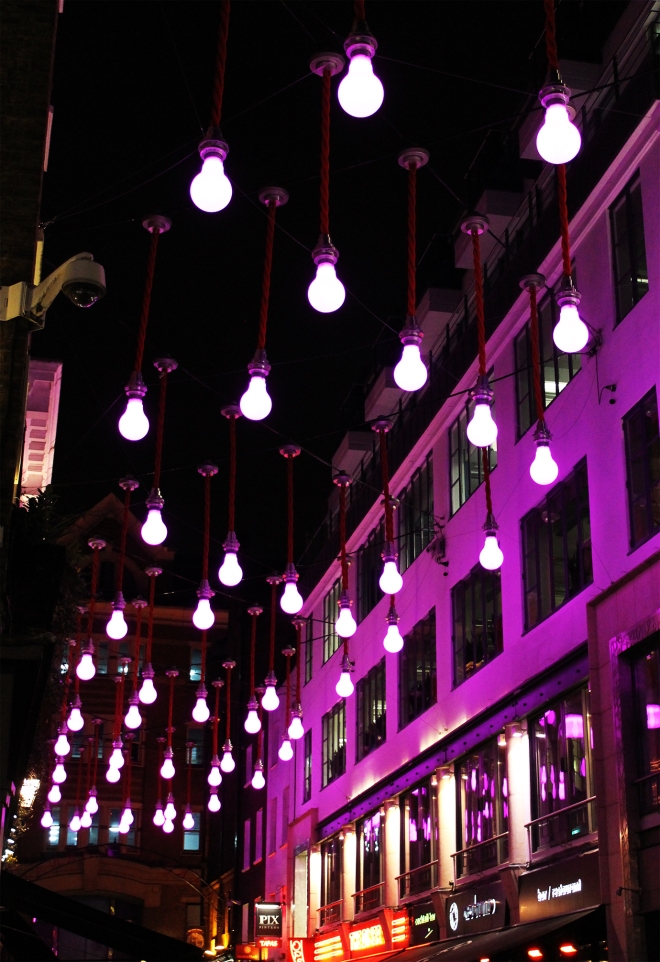 Yet one more art piece projecting Carnaby at the front of London’s street art scene.

And last but not least…

Strung between buildings at Oxford Circus, this enormous net sculpture is named after onf of the astonishing impacts of the Japanese earthquake and tsunami in 2011.

Such was the strength of the vibrations that the earthquake momentarily sped up the earth’s rotation and shortened that day by 1.8 microseconds.

Using data from NASA, Studio Echelman turned this phenomenon into this wonderful interactive piece of art.

Proof is you ever needed one of how beautiful science is.

And a truly brilliant way to start 2016 indeed!