After having spent much of the morning going through airport security and sitting in planes and buses, we were keen to explore more of New York. As soon as we arrived, we ditched our bags and we were off again!

We started our exploration with a taste of the day’s big event: the Pride Parade! 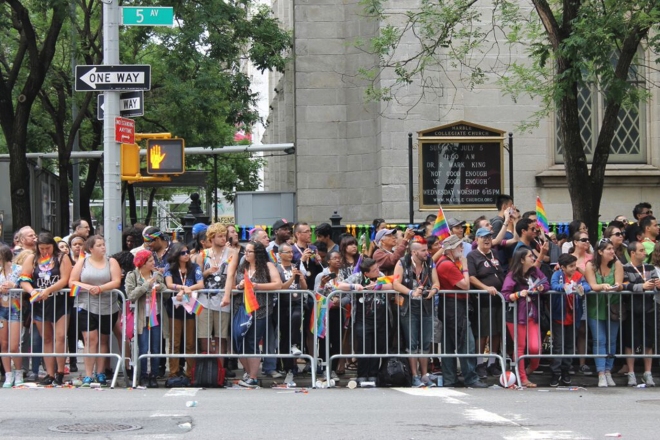 Taking place on the day following the countrywide legalisation of same-sex marriage, the atmosphere was cheerful to say the least!

Following crowds of rainbow-dressed people, we slowly made our way south and to the Highline.

A popular destination for families and friends alike, the 1.45 mile-long linear park is build on a former railway of the New York Central Railroad.

With trees and flowers all around, it’s the perfect place to take a much needed nature break!

… and the Hudson river to the West!

… Not to mention some of the coolest buildings in the whole of New York! (here the ICA building, which reminds me of Bilbao’s Guggenheim Museum)!

After a little while, we came accross a small street food market, where we treated ourselves to the most delicious of ice cream sandwiches. 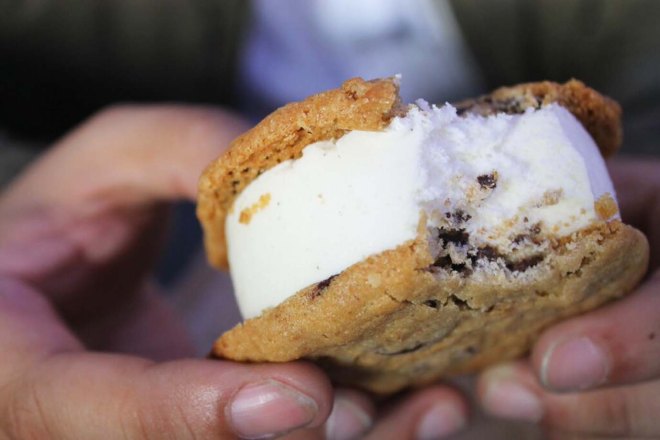 Fuelled up, we continued our exploration… 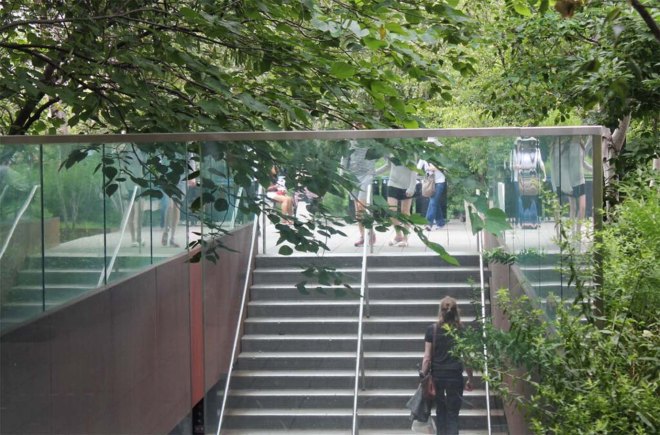 After a bit more walking and a lot more chatting, we reached the end of the Highline.

And found ourselves at the very centre of the trendy Meatpacking District.

… just like every single person who took part in the parade earlier! We left the tempting sweet treats and devilishly long queues behind and went for a walk through the small streets of the Village instead.

We zigzagged through the area for a long while but we failed to find the Friends buildings despite all of the efforts we put into this quest.

As the sky tuned pink, we decided to call it a day and were considering our dining options when we came accross Dos Caminos. 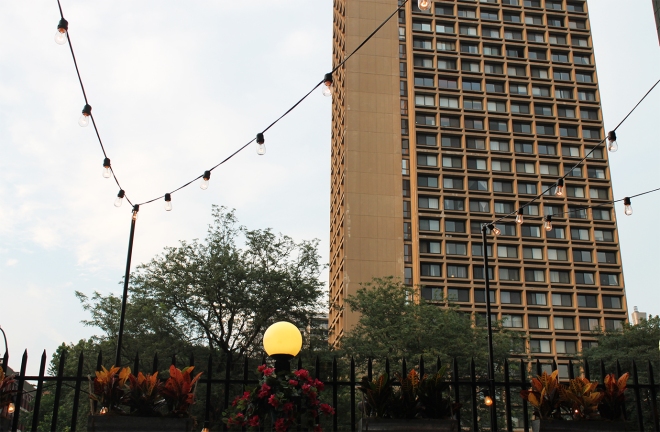 We managed to get a table on the sun-filled terrace and admired the light go from white to golden while perusing the menu. 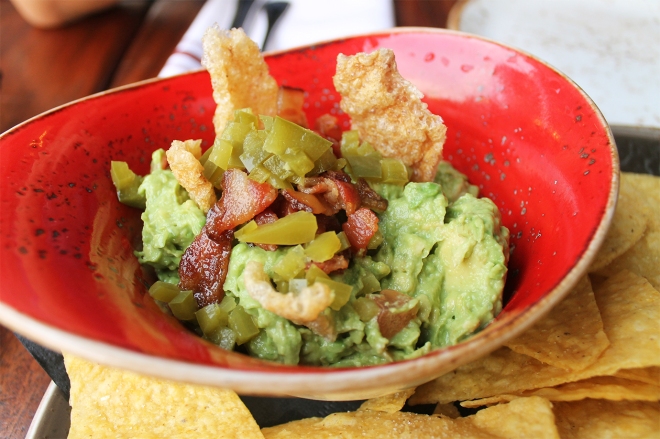 We started things off on a high with the Bacon and jalapeno guacamole.

Did I mention there was pork crackling onthere as well? #BorderlineGenius

From then on, it only when from good to best with the Chorizo Mac n’ Cheese (a personal favourite). 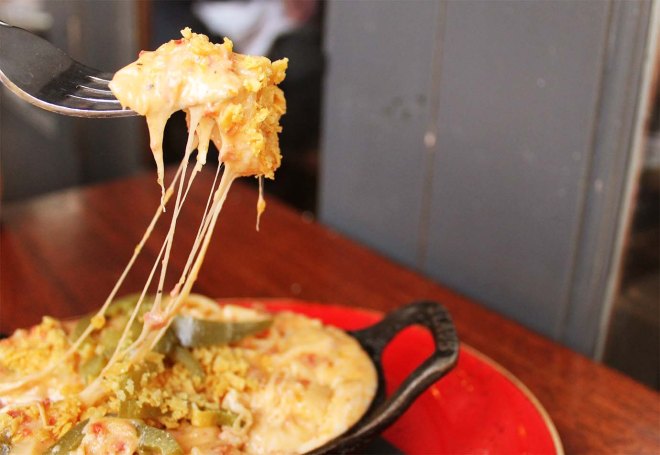 More cheese than mac, just as it should be!

We also shared a plate of the goat taccos which were the juiciest taccos I’ve ever eaten in my whole life.

The accompagnying rice & beans were delicious as well but made us achieve satiety a bit quicker than we had expected.

We skipped dessert and walked home with very full bellies and a big smile on our face, chatting happily about the great day we had just had and how excited we were for the next one… before falling in a food-induced coma the second we passed the doors!